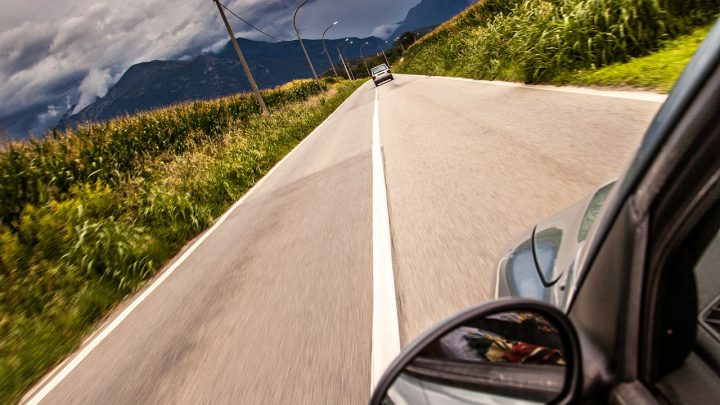 I didn’t drive on right hand side of the road (the complete opposite of our Antipodean driving) until I’d been driving for 30 years. Apprehensive, I’d managed to avoid it till then but on this occasion I had an extended stay in the US and my lovely friend and host, with a view to offering me her car, simply asked me “You can drive, right”? So I gulped (imperceptibly) and answered with a simple “Yes”.

In my recent Eastern Europe adventures I picked up a rental car for a couple of weeks to do some driving through Austria, Poland, Czech and Hungary. Left hand drive, of course, and a manual transmission to boot (which was a bit of a surprise and) to which, I’m relieved to say I adjusted reasonably well (in that I only stalled the car once).

“You’re so brave” was a common response when I told people what I was up to.

I suspect the truth is somewhere in between.

In undertaking such a change of driving context it never occurred to me that I would learn some profound lessons in the process.

These are some of the observations I made during this experience.

The increased adrenaline of doing something with moderately elevated risk makes you ever so much more careful about what you’re doing.

Note: The same is true in other contexts… take some risks, see what happens, ride the adrenaline into new and unexpected places and let the risk make you careful… and yet so, so alive.

If you make a mistake you really have to humbly own it. It helps if you’re easily identified as an outsider… (my rental car had Austrian plates) this helps people steer a little more carefully around you and in most cases makes it more likely they’ll be forgiving. So driving with L(earner) plates, putting your hand up to say ‘I was in the wrong, sorry!’ is a relief. You don’t have to be perfect, you just have to be humble enough to say that you’ve blown it.

I have this on good authority as even though I’m familiar with driving with trams in Melbourne, I found myself in Kraków surrounded by perturbed tram passengers climbing off their conveyance and swarming around me to get back to the pedestrian side of the road. I stayed there, let them go past, nodded and smiled all the while blushing. They shook their head ‘stupid tourist’ and then the emptied tram, the passengers, and I all moved on. No harm done (and thankfully no ticket).

Note: Don’t be afraid to be in the wrong, wear the embarrassment when things don’t quite go according to plan and use those moments to learn what not to do next time.

On Comparing Yourself to Those Around You

When you’re feeling more confident, driving in the fast lane and you see someone screaming up behind you, pull into the slower lane and let them go past. Especially in places where the upper speed limit is 140kmph or more (a far cry from Australia’s 110kmph on the freeways). The thing is, you don’t gain anything by thwarting them. You’ll probably catch them up eventually, and with less stress. Let them go their own path, to their own destination. You’ll get to yours and with a lot less anxiety.

Note: Drive your own road, don’t worry about anyone else’s.

Funnily enough, now that I’m home and driving back on Australian roads, back to my normal context I still have occasional moments when I can’t quite remember which is the right side to be on… I have to chant my driving mantra “passenger in the gutter, passenger in the gutter” (thanks Pam, I Am) to make sure I have my head and my car in the right place.

I’m not sure what the lesson is there…