I’m sitting at the gate lounge, ready to board the flight, but I’m early, so I have time to write a note, a post to mark the end of one era and the start of the next.

As I started writing, out came a bit of a melancholy post about leaving, about closing the door on my old flat on Thursday, and every time I got to the end of that paragraph I ran out of places to go. My time in Sydney was really summed up in the previous post, in the farewell speech; my time in Sydney is a time that is marked simply by incredible people. The place I lay my head every evening is/was no more valuable than the people who were ever there with me.

The little flat on Sydney Road is a poky little place, dark, damp, and little, did I mention little? Two rooms and a bathroom, sufficient but in terms of having people over to stay, restricted. Which isn’t to say people never stayed… but it’s challenging to rearrange the furniture every evening in order that the sofa-bed can be unfurled…

Once upon a time I had a dining table and friends would come for cards, or dinner and then I started working from home and the table became a desk and formal dining went out the window in favour of Pad Thai eaten off our laps on the sofa. Sufficient, yes, but more casual than I like, and the number of people who can fit on my sofa was limited to 2… so eating out became more normal than eating in when there were friends visiting.

I’m completely happy to have spent so long in an awesome city, one that I love and that I now know so well that I can recommend so much of it to all those who ask me what’s great about Sydney.

In looking forward, I think the things I think I’ll love about the new place are the space, the light and the room. Room for people to stay, room for people to eat from the dining table, room to move, room to grow. Room for the cat to exhaust herself zooming from the bedroom to the office in her late afternoon bursts of high energy antics.

So, this afternoon I’ll touch down in the state of Victoria, tomorrow the cat will, and at some point this week, hopefully earlier rather than later, my furniture will also arrive.

I’m so looking forward to getting acquainted with Melbourne, and being able to introduce my Sydney friends to her as well.

But for now, see you soon Sydney.

So long, and thanks for an amazing 14 years.

I’m a dedicated observer of human behavior. I don’t do anything about that other than make the occasional comment. I’m not a counselor, I’m not particularly concerned about changing people’s behaviour except perhaps where their actions or words affect me. But I will often observe what people do and and give some thought to why they may have acted that way or why that pattern exists in their repertoire…

Someone else who observes behaviour and goes further into discussing and writing about such things is social researcher Brené Brown. I came across her not long after her famous Tedx Houston talk took the Internet by storm (see below) and I’m posting her follow up video as well, because it is equally life changing. If you haven’t come across them before I strongly urge you to watch them.

Brené takes on issues of shame and vulnerability and advocates living life wholeheartedly and courageously, giving insight into why westerners are so addicted, medicated, overweight and miserable. She talks about why we try and numb our pain, and in doing so completely numb joy and all that’s good, as well. She talks about why we live always expecting the hammer to fall, and why we feel undeserving and unworthy.

I don’t pretend to have appropriated all of her thoughts but I am (for the most part) pretty together. I’ve made some unusually old fashioned choices (for this day and age) about how I live and while sometimes those decisions are restrictive, to be honest, they’ve set me in good stead in terms of my self esteem and the ability to live comfortably in my own skin.

Why am I sharing this stuff? Well, in recent months I’ve observed a dear friend make some radical, life changing decisions that are taking her into a whole new life, one without shame, fear, intimidation and one in which she can actually start to get in touch with her true self and it’s utterly beautiful to watch.  It hasn’t come without a price but what I’ve seen is someone having the courage to step out, to be vulnerable and to take back life with both hands. I’ve introduced her to Brené and she was inspired. I hope, if this is the first time you’ve met her and heard her speak you’ll feel the same. 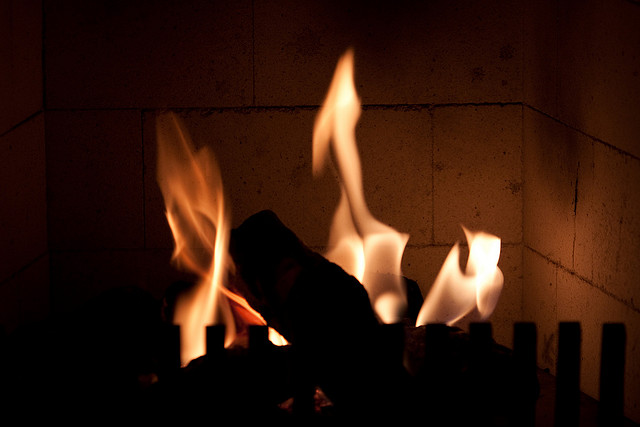 It has been an extraordinary night.

In a room containing an eclectic bunch of people, arranged in horseshoe fashion, I spent the evening with a group whose ages ranged from 30 something to almost 70, drawing each others’ names from a pot taking turns to come out to the front of the room and tell a story… a story whose premise was “it seemed like a good idea at the time”.

Have you ever noticed? We spend much of our lives making small talk, catching up on the minutiae of a day, restricting our conversation to the work we’re doing, what stage our kids are at, or what the latest fashions are – and I’m tempted to think that we are barely scratch the surface of people’s experience.

We are acquainted with a myriad of people but we barely know any of them.

So the Hearth, the event I went to tonight, opens the door to people’s lives… true stories of events, experiences and histories that make people who they are, and for an evening they bravely open the door to us… some of us friends, others strangers. And the powerful thing about it, is that hearing these stories, and telling mine in my turn, connects us in a way that few things I’ve experienced do.

I loved it … surrounded by accountants, creatives, gay, straight, spiritual, atheist, older, younger, single, partnered… all sorts of us 23 or so in number gathering over a sumptuous pot-luck dinner, lots of wine and all the while, none of us focused on our differences, all of us joined by our stories… travel stories… love stories… work stories… family stories. All of them different, some of disturbing, others hilarious… some delivered articulately others, less so, but all delivered without judgement and all of them fascinating.

There’s a time limit on the hearth… 5 minutes… maybe a squeak over, if you’re lucky… but with 18 of us telling stories, and between that and dinner and supper… that was the fastest 5 hours I’ve spent in a long time.

I love the internet, I love my digital friends and digital stories I’ve read and told.

But damn, you can’t beat the real thing.

*the hearth is based on The Moth, a storytelling organisation/event in NYC… check it out (and the podcast) here. Good stuff

If you’re anything like me, as the year winds down you spend the occasional moment looking back over the preceding months and reflect on what’s been going on.

I have a lot to reflect on.

I don’t think I could have predicted that at this point, one year since I upped stakes and left a reasonably secure job that I’d be able to say I’ve completed my Masters in less than a year, AND with a Distinction average (with 1.675 marks to spare!)

I didn’t imagine that I’d have supported myself by my own efforts and some canny contracting and today paid off a credit card (taking my total cards down to one. Phew – getting out of debt in the GFC. Yay me.)

I didn’t imagine for a second that I’d have spent one day a week as a nanny and LOVED it. It felt a little like a necessary evil in those first few weeks when I was terrified I’d end up destitute or when Missy spent that first hour of every day I was there SCREAMING. Happily, it has turned into the highlight of the week for me and will do so long into the New Year. Nannying 2009 culminated in a marriage proposal, and not my first from a member of the younger set.  I’m a huge hit with the under sixes – sigh, if I could just up the average age by about 30 years…

I never thought I’d find so little to blog about in a whole year.  I’ve been so remiss but I suspect that most of my writing energy was being expended on writing essays – and let’s face it, you’re likely to be not particularly interested in the kind of stuff I was turning out… maybe 2010 will be better for blogging.  I certainly need to do some design tweaking… this notebook look is so old skool.

I never thought I’d be able to successfully pull apart my Mac and put it back together (and have it work) without major incident.

I never thought I’d be in NZ twice in the year I was a student, nor that I’d be going also to Tasmania for a holiday in January but I did and I am, and I’m so grateful to be able to get to see the family and friends on the other ends of those plane rides.

I never thought at age 41 I’d have to prevail on other people’s generosity when my circumstances looked impossible and when I didn’t know where the next dollar was coming from.  At the same time I could not be more thankful that I have such close and generous friends who bought me groceries, meat parcels and coffee and who took me out for steak and tequila once in a blue moon.  Or, even better, gave me work so I could buy coffee for other people on occasion.

I never thought I’d be inquiring as to the possibility of further study next year, a research project that will upgrade my degree to Honours.  It’s a nagging thought I can’t shake… I must be insane, particularly given how excited I am by the thought of surveying Christian churches about their use of digital technologies…

I never thought that I’d be so happy to go to church on a Sunday nor that to get so happy I’d have to leave one church and take up with another.  This is such a bittersweet change and one that I never expected to occur, I still find it a bit bizarre.  I only know that given the paradigm shifts my faith and feelings have gone through this year and as hard as it is that there are people I see a lot less of now, it’s still the right thing to have done.

Above all, I never thought that my life could be so rich with friends, relations, experiences, love and life, both IRL and here online.  To all of you, whether I know you in person or ‘virtually’. Thank you for making this year an awesome one!  I hope yours has been as much an adventure for you.