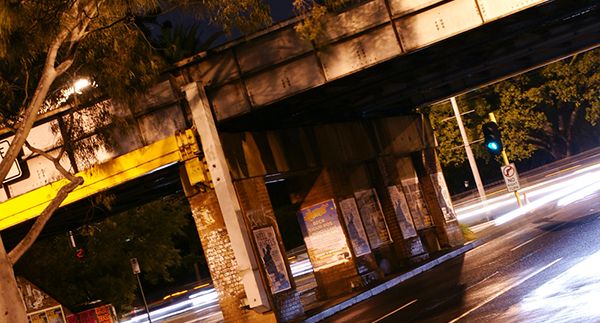 I got into two arguments this morning.  Two.  With car drivers.

This was not so much a road-rage situation as a road-bemusement one… Bemusement because I was the pedestrian, crossing roads with an island in the middle… the kind of island that was there so I may stop and give way to the cars turning into the street in front of me.  Argument because in both cases, as I stood in that island and waved the cars through while they were pausing to let me finish crossing – they, in turn  resolutely staying stationary waving at at me, so that I would cross… and while they did this the cars banked up behind them so that I had no choice but to cross so that there didn’t end up being a traffic jam.

I have to laugh at the picture that remains in my mind of us people both determinedly waving at each other… neither of us moving.  It puts me in mind of that old KFC ad… “I said now you go.. and Hugo said you go…”

I was completing my walk down the main road of my suburb and the tram went past… the poor tram driver got stuck behind a driver who was reversing into a parking space… I feel sure he just wanted to ding the hell out of his bell to hurry that driver up… but these things rarely serve to do more than fluster people so there he sat, this rhinoceros on wheels and waited… I gave it no further thought..

until the phone rang… “Hey Dee! I just went past you on the tram… how’s things?” and so we chatted… my neighbour and I and she told me that my DVD, the one I’d lent to the waitress at the restaurant across the street had been returned while I was out… so now we have a plan for a catchup this afternoon and the return of the DVD…

They yell out the window… the chef and the waitress, yelling to say Hi as I’m walking up that same main road while they’re driving past…  this isn’t the first time I’ve been honked at because I’ve been recognised.  It seems somehow friendlier, if a little more embarrassing than the quiet acknowledgement that happens much later when someone says  “hey, I saw you walking up the street yesterday” … Don’t you think there’s something creepy about that?

It’s also funnier if you have your headphones on and only just make the connection and turn to wave in return as they fly past.

Hit by a marauding scooting 2 year old on the Anniversary Trail,  her papa hot on her heels but not quite quick enough to avoid the collision… her mother and 8month old sister following along behind…. How do I know?  Dad is my osteopath…

The moral of the story.. is … if you’re going to get run over… might was well be in the company of the person who sees you in your underwear more often than anyone else…

Hey Dee!!!  Again… a drive by greeting!! This time, the publican at that crazy pub across the road… “When are you coming in for a drink??!!!”

This is my neighbourhood… I won’t lie… it feels good to know and be known.

I love it here.