I was slow to ‘get’ driving (back in the days when you had a full license the minute you sat your test at age 16). I learned to drive in an E30 Corolla but failed to my test twice. As a consequence l gave up for a bit until I could improve my skill and confidence.

In the end, at age 18 I ended up owning a car before I even had that license. I remember buying her, Mum and I together at the sales yard, parting I think with $1500 and in return receiving papers for ‘Olive’ a 1965 Mk II ‘Riley Elf.’ It was in her I finally passed the driving test, the police officer disparaging the car as soon as he climbed in, commenting along the lines of ‘Wind her up, get her going…’ as if it was a rubber band responsible for her power. The ensuing giggle enough to relax me into a (finally) successful test.

We had adventures Olive and I. Late night phone calls to dad after a rear ender in the rain outside the service station in Victoria Rd necessitated embarrassed collection from town; the now infamous blowout on the Northern Motorway headed downhill on the way to meeting friends at Rainbows End, my 11 year old brother and I trying to get her tyre changed and us moving again lest we miss out on any of the fun. Taking judder bars (speed humps) too fast and getting airborne, or taking corners too tight on the way to the airport and driving over traffic islands. I like to think, now that I am a more experienced driver, these kinds of incidents are a thing of the past.

Olive and I parted company July of 1988 when I sold her to a friend for $1950.00 and was rather proud to have made money on her. I was young, headed off overseas, a car an encumbrance and cash an important thing when going off into the great beyond. It was a mistake; damn I loved that car and ever since her subsequent owner sold her on to a collector in Japan I have been disappointed I couldn’t buy her back.

I’ve had a dream to own one again ever since.

‘I’m sorry, I hope you don’t mind but I need to go chat to that guy for a sec’ I said to my friend over coffee one early morning while I was on vacation on the Gold Coast.’ The object of my attention an ‘Elf’ being parked across the road, the first I’d seen in the flesh since I’d sold mine.

I introduced myself to M, her owner and he laughed, every time he takes her out he gets stopped for a chat. He delivered his Mrs to her hair appointment and joined us at the cafe. We spent delightful half hour reminiscing about his early days also spent in NZ, the Elfs (Elves?) and minis he’s owned and the modifications he’s made to ‘Elf’ pictured below.

We stayed in touch. I introduced him to trademe.co.nz and before I could turn around he’d bought two of them, one in good running order that his grandson now owns, the other in pieces that he has since restored and which is currently for sale.

I’ve visited him on the Gold Coast a couple of times and on last visit we took ‘Elf’ (with me driving) off for a jaunt around town, turning heads and (for me) getting inspired to take the idea of getting my own seriously. 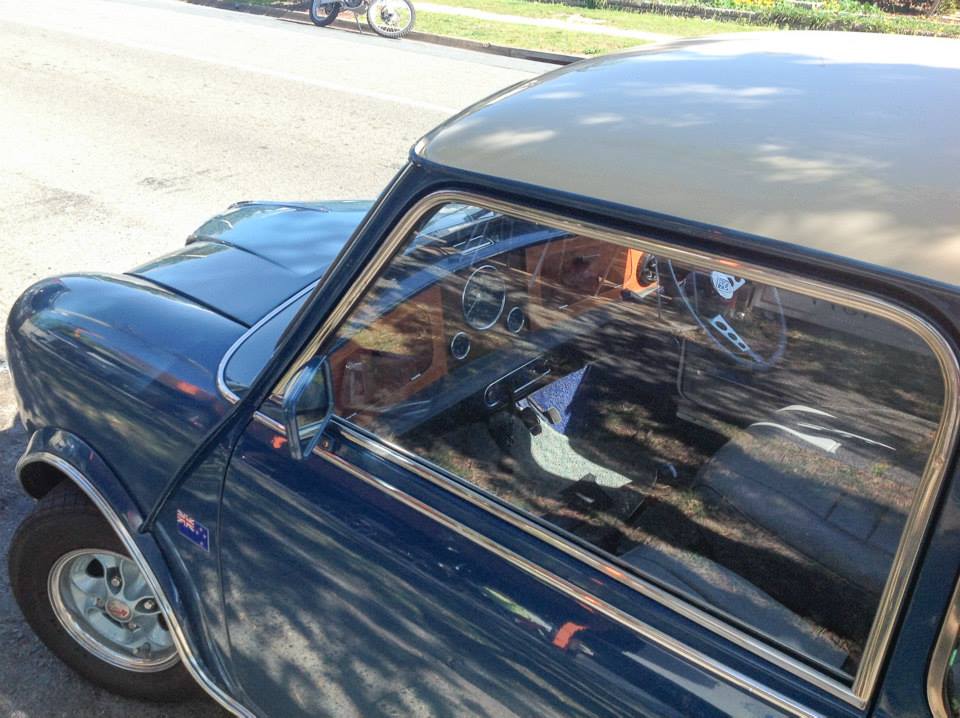 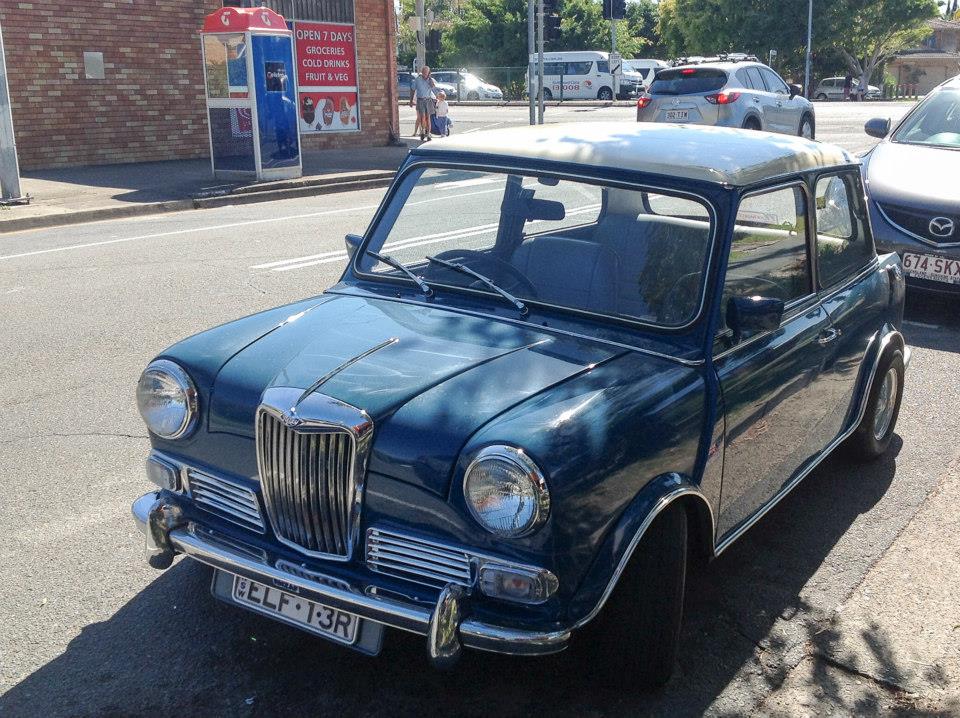 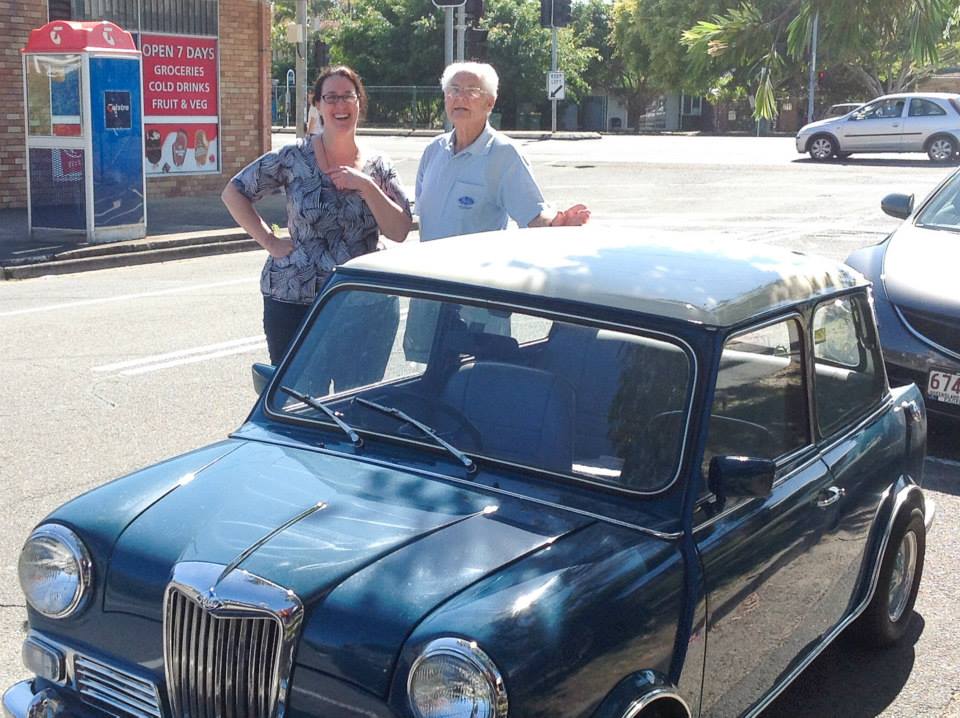 Trade Me is apparently a treasure trove of ‘Elves.’ In the almost 2 years since I met M I’ve been watching them come and go for sale, and the timing has never quite been right for me to indulge this desire to own one again. However, this time as I was preparing to visit family across the ditch I happened to check out the trademe listings for Rileys and noticed that alongside the listing for M’s ‘Snow White‘ was this wee blue specimen which completely caught my eye.

I emailed the vendor to find out what sort of interest there had been in her. He replied lots, which was a bit far fetched as her price had been coming down consistently in the time I was watching… so I kept his details to follow up when I was actually in NZ as well.

I won’t bore you with the intervening details of the story, the end result is of course that after going to sit in her, turn her engine over and, (after some convincing to move the barricade of other classic vehicles in her way) taking her for a drive, the offer was made, accepted and once the finance transferred from Australia to NZ (gosh they can move money fast when they want to, it took less than 24hrs) she has become my very own.

I can scarcely believe it… I own another Elf and the number one slot on my bucket list is vacant.

Currently she is in storage in Auckland until such a time as I can get her transported over to Melbourne. I have some travel planned between now and when collecting her is going to be feasible, so for now she’s tucked away safely in a storage unit until I can bring her home.

She needs a name. I want to call her Elfaba (after Elphaba the witch in Wicked) but honestly her colour lends itself more to ‘Smurfette’ which I can’t bring myself to commit to yet. So, I’ll save the formal christening until she’s here and we’ve had time to get acquainted…

Until then, I shall flick through the photos below and count my blessings the opportunity to undo a big regret didn’t pass me by.

With her garage mates 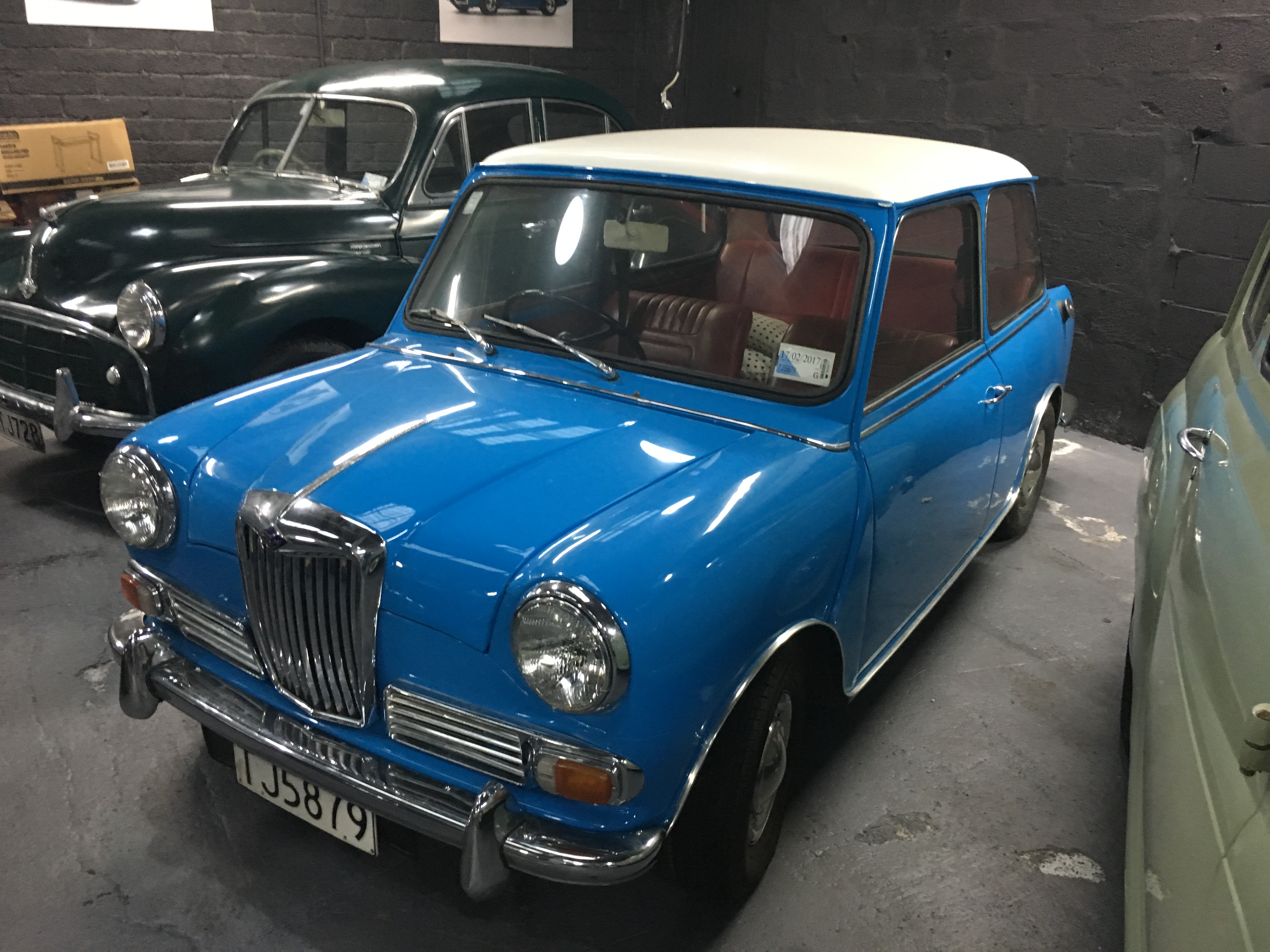 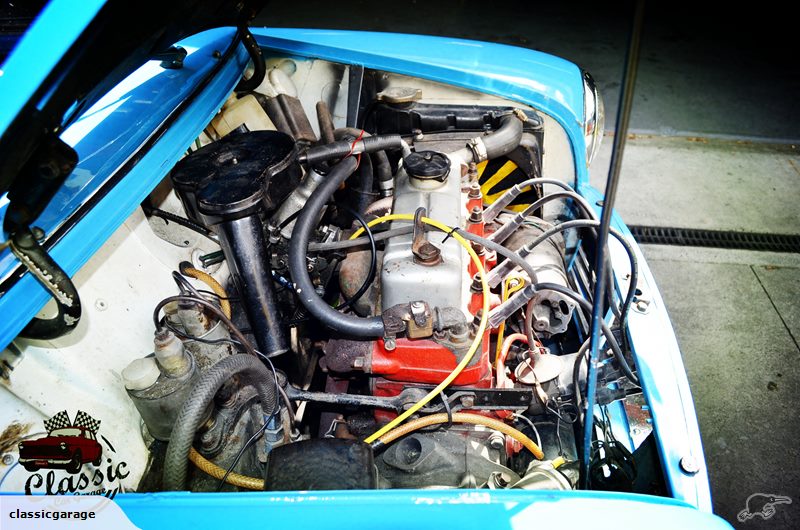 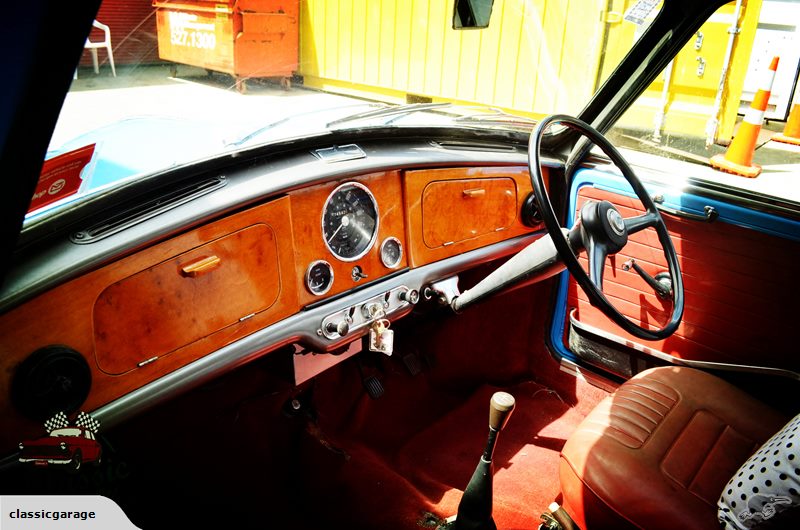 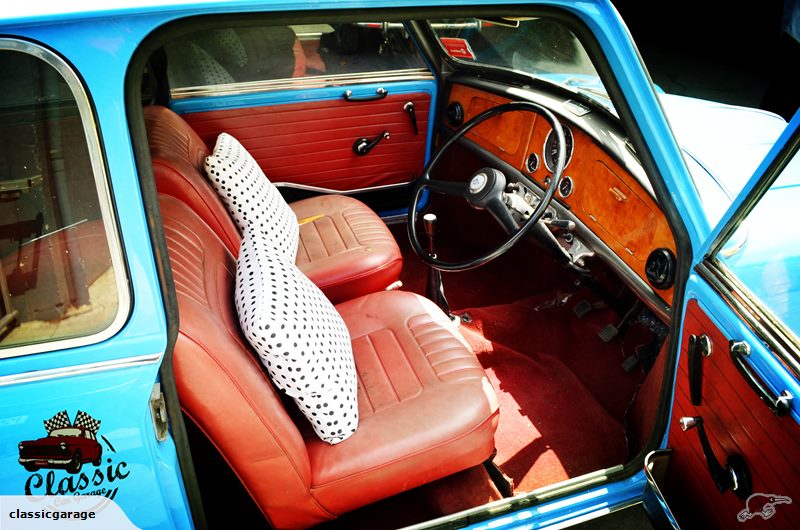 The red leather interior could use some work 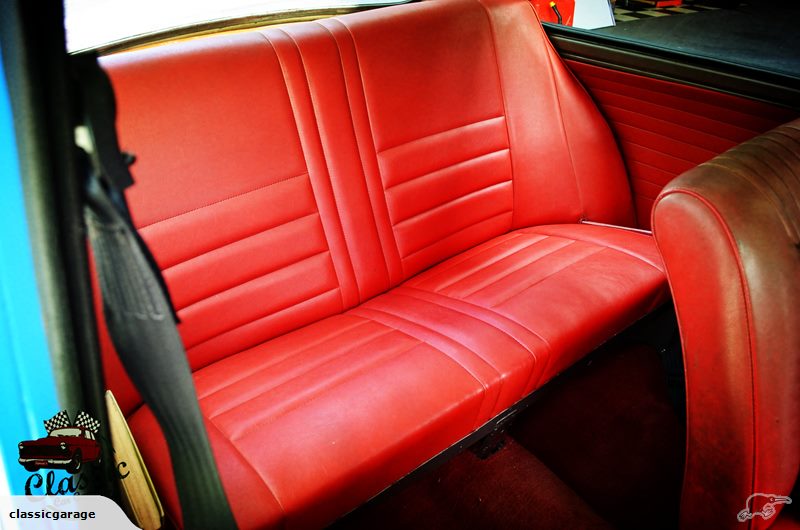 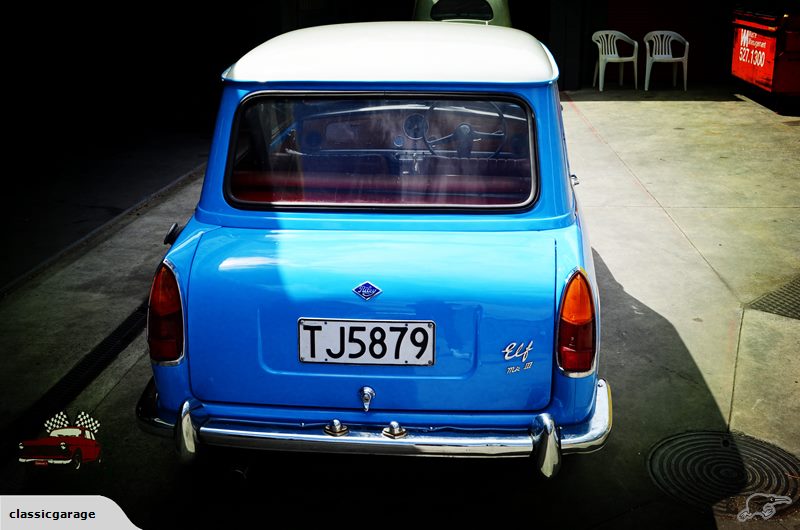 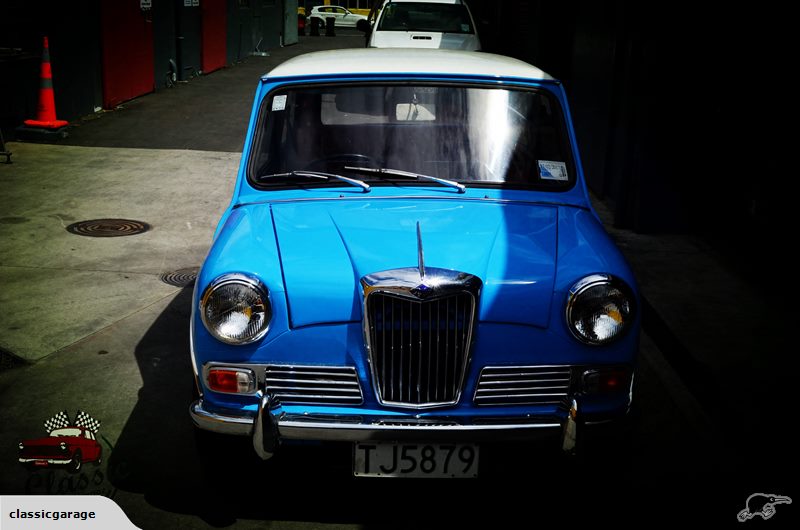 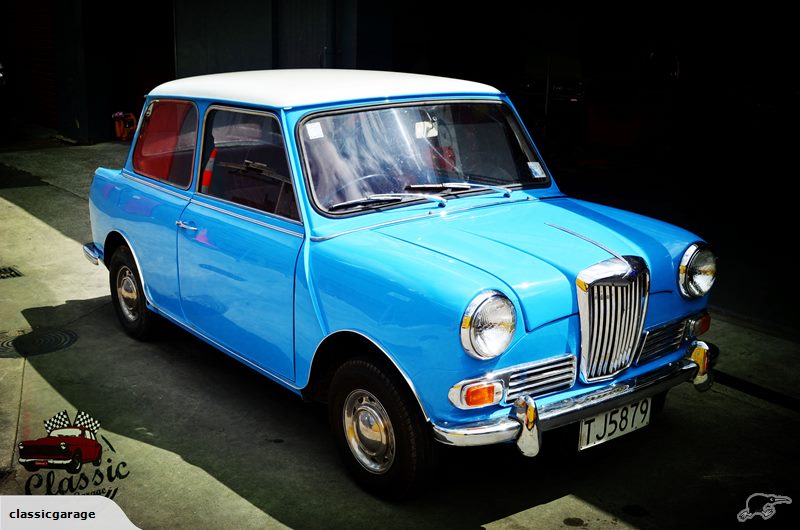 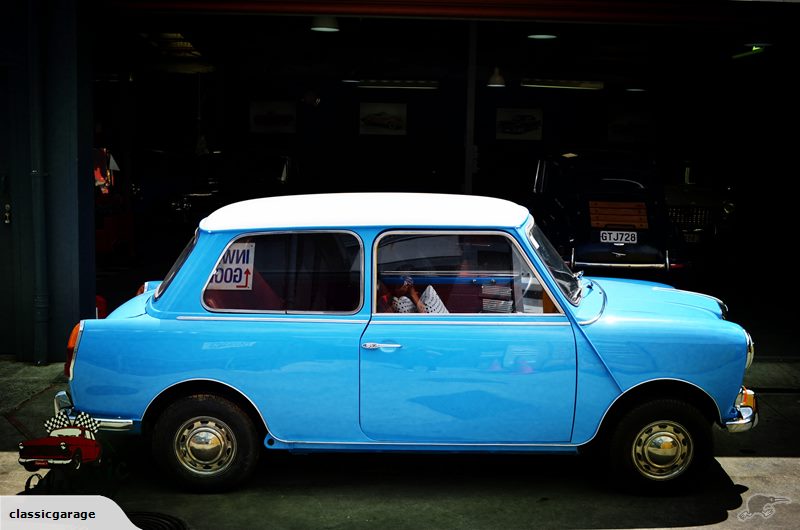